What a beautiful sight to see a Dolphin swimming so far up the Boyne River. Drogheda now has its own Fungi!! Great to see so many people come out to catch a glimpse.

I was delighted that the images I captured of the Dolphin in the Boyne River here at Drogheda helped the Irish Whale and Dolphin Group (IWDG) confirm that this individual is one of the oldest animals in their Bottlenose ID catalogue, and it was first recorded and photo identified by IWDG researchers some 28 years ago, back in 1993. 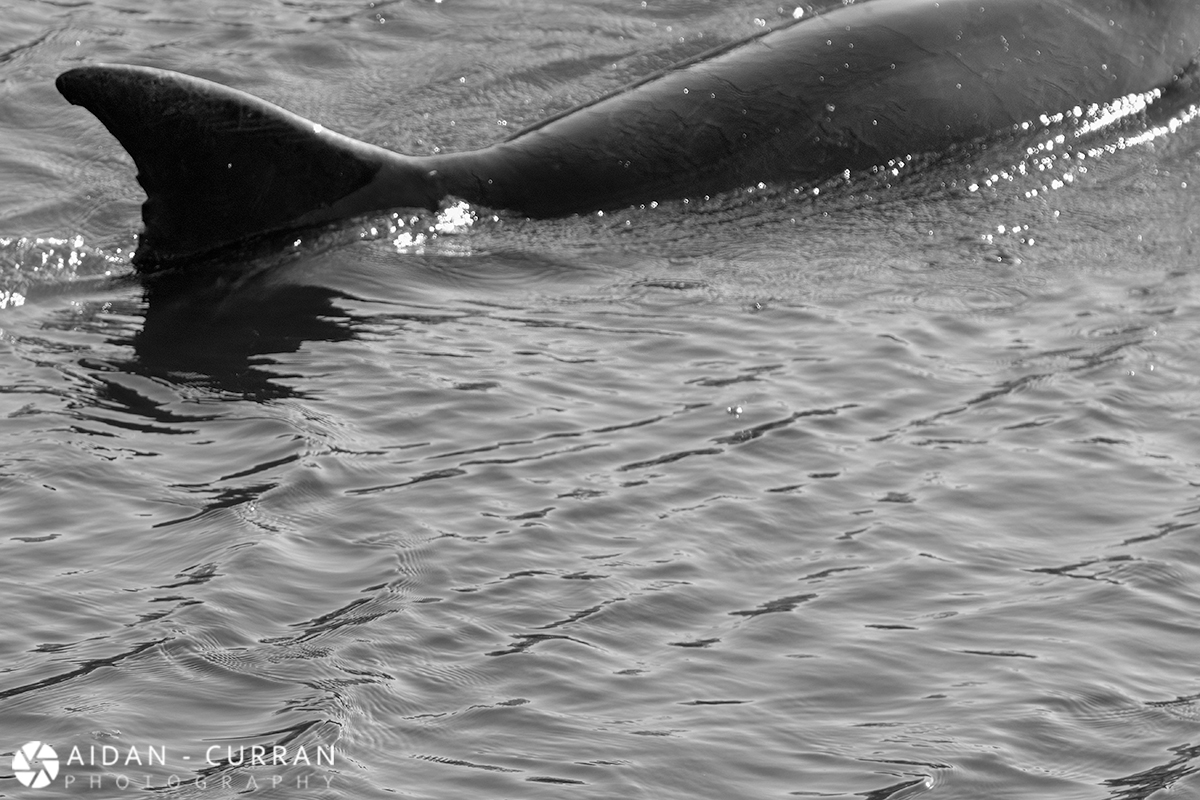 See below details sent to me by Mags Daly of the Irish Whale and Dolphin Group (IWDG).

“This animal is 008 aka Kevin Costner. he is one of the original 25 animals identified in 1993 and was an adult at the time so he is at least 35 years old. He is most often seen in the inner estuary from Scattery Island to Tarbert but moves through out their range, from limerick out of the estuary to Kilkee in Clare and Brandon in Kerry .

They called him Kevin Costner as he is often seen with females and their calves and will sometimes move between the boat and the mother and calf, like a bodyguard. He is often also seen with older juveniles and very young adult animals. He is one of most frequently seen animals so we have been able to successfully track him over the 28 years.

He is quite the hunter and we have many images of him throwing salmon, he has also been seen swimming for while with a salmon in his mouth.”